In this extract from our interview with Dr. Mark Lefsrud, the GreenForges team asks Dr. Lefsrud about the capital expenditures associated with practicing vertical farming in urban areas. 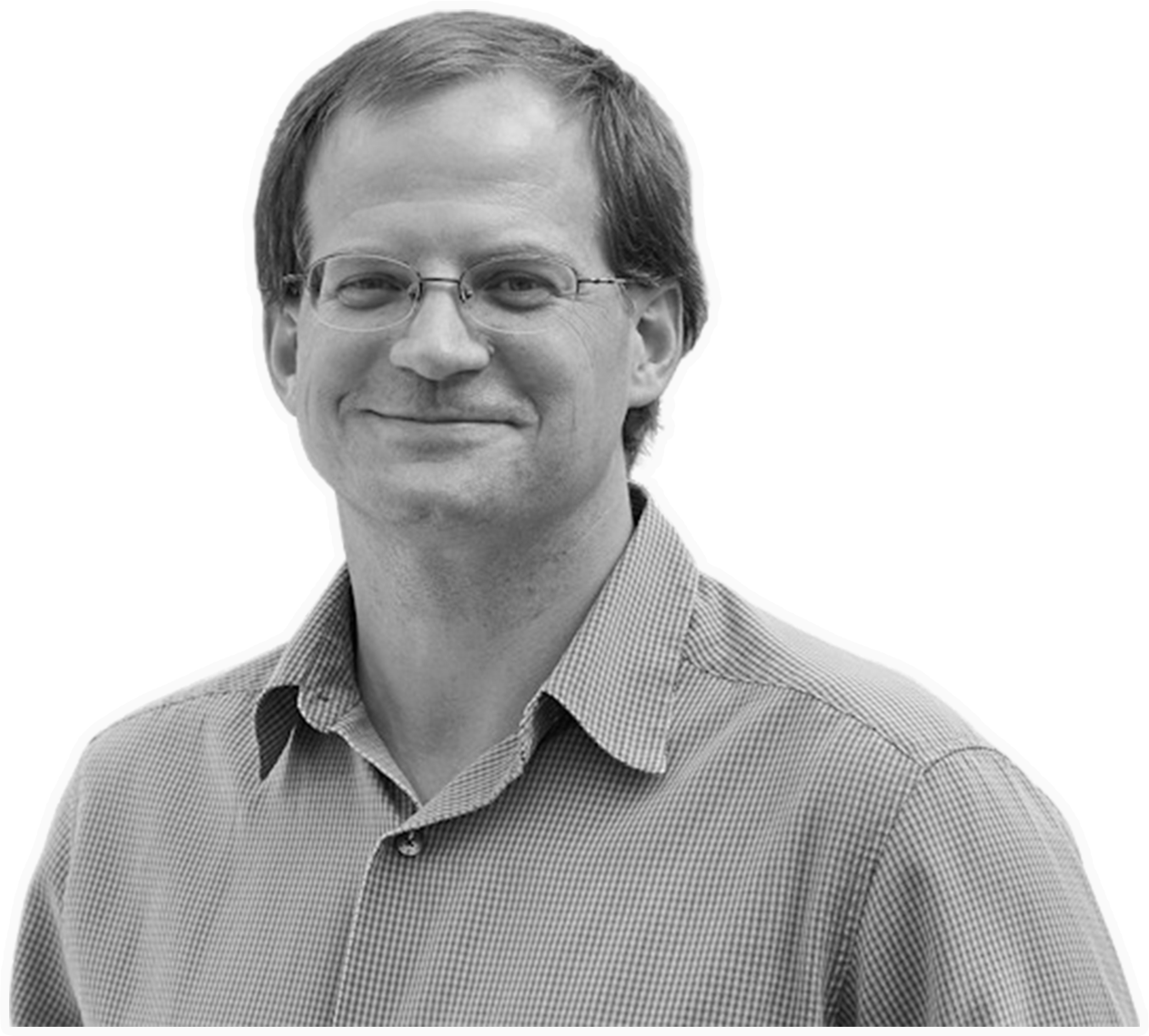 In this extract from our interview with Dr. Mark Lefsrud, the GreenForges team asks Dr. Lefsrud about the capital expenditures associated with practicing vertical farming in urban areas.

Dr. Lefsrud is an Associate Professor at McGill University and leads the Biomass Production Laboratory. His upbringing on a farm and work in the oil fields of Alberta, Canada combined with his B.Sc. and M.Sc. in Agricultural and Bioresource Engineering and a Ph.D. in Plant Physiology gives him a very strong background in the fields of agriculture, biology, and engineering. His research program deals with the development of bioprocesses and improvements in plant growth environmental energy usage. 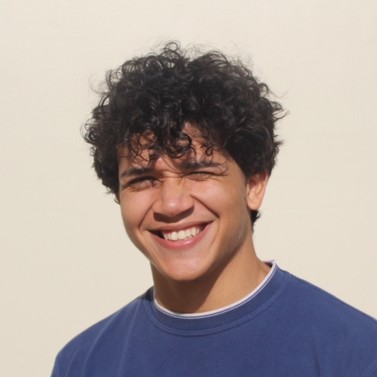 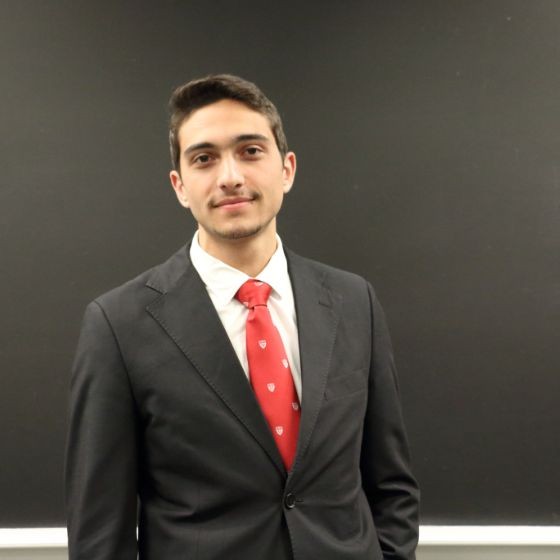 If you prefer watching or listening to reading, you can find below the video that this article transcribes. 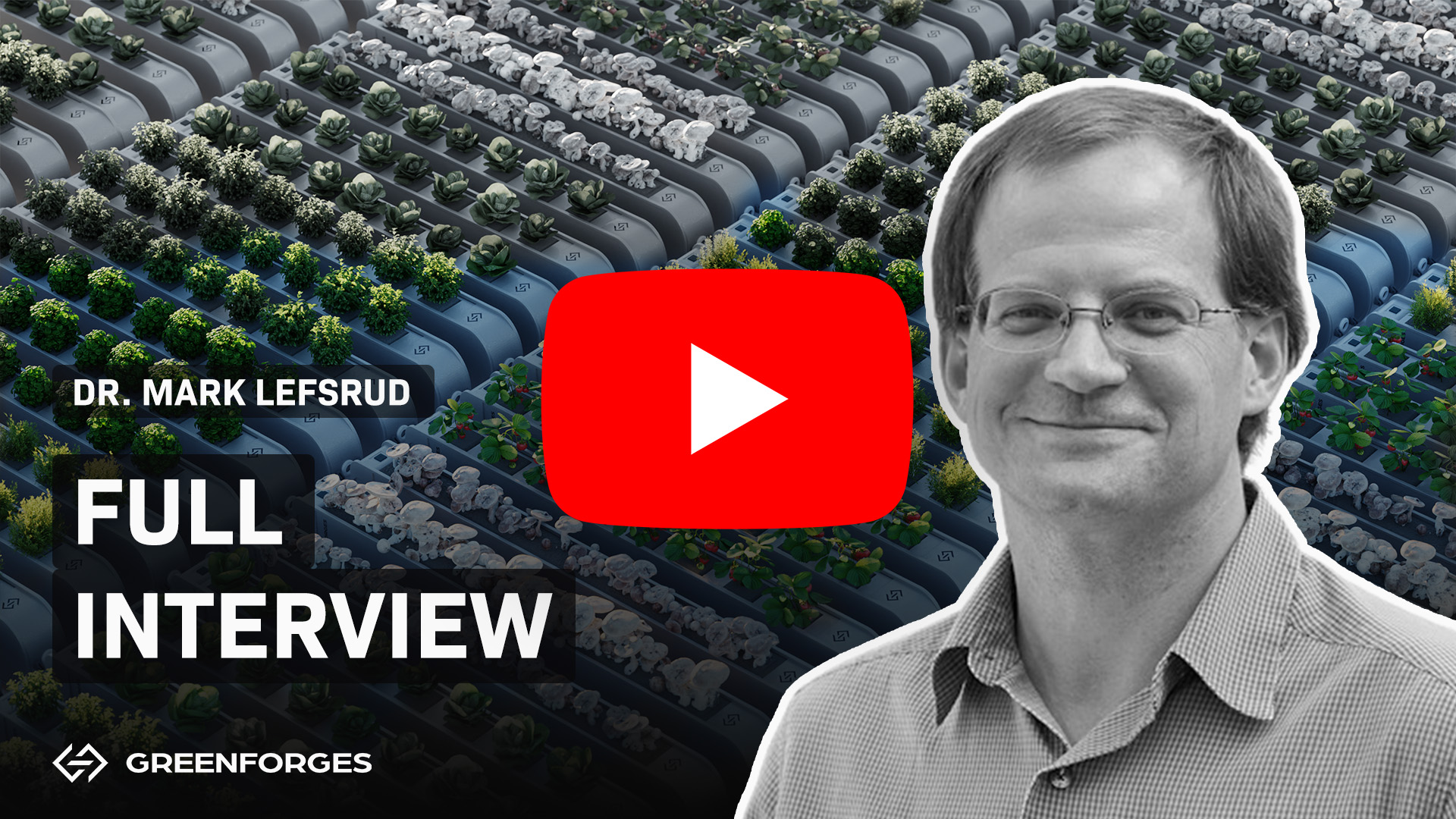 Thank you! Your submission has been received!
Oops! Something went wrong while submitting the form.

(Ramon) Q: “Moving on to our second question. This is around capital expenditures involved with vertical farming. Particularly in an urban setting, the cost of land acquisition of a site location. So oftentimes, you'll see that firms that are starting out will have this sort of tension of wanting to grow in an urban area and being able to have access to the consumers at that location, but also having to deal with the prices involved doing such a thing. And oftentimes, this has led to companies developing new and exciting business models.

In particular, I'm thinking of Freight Farms, which did the whole shipping container conversion thing and had the modular or conversion to modular farm thing going. How do you think about the trade off between acquiring expensive urban real estate and the rewards that might have versus developing a more nimble outside of the box operation?”

‍(Dr. Lefsrud) “Okay if we backtrack out, traditional agriculture usually grows on large tracts of land, either horticultural or cash crops or non cash crops. So like wheat, barley, those require large acreages, and your profit margin is exceedingly tight. You're sitting at, let's say–on average–2 - 3% profit margin on these things.This year being a bit of an exception, but we'll ignore this year.

If you look at it from a horticultural [perspective], a little bit higher profit margins, I won't say a lot more, 5%,  rare they'll ever get up to 10% profit margins. And so land has to, typically has to remain quite low. The problem is land prices have been creeping up steadily for the last few years.

A lot of the billionaire investors have been buying up huge tracts of land, which has been slowly pushing these prices up…”

‍(Dr. Lefsrud): “So then you end up having to tie in ‘how do we do these productions?’ And so then the challenge with urban agriculture is it becomes a trade off of what can you afford and how close can you get to the city?

The horticultural people would be as close as they could without having to pay crazy amounts of money. Let's just do a theoretical number: 160 acres can sell for about $1M across most of Canada. If you're gonna buy let's say a 10 acre lot in urban centers, not even downtown, just urban type centers. For 10 acres, you're playing well over $1M a lot. Typically, they stick houses on it. If it's zoned agricultural or light industrial, which is what usually ends up happening, then its price obviously gets pushed down. And then if you're going into urban centers, those ones go into 10, 20, 30, maybe even a 100M depending on what your location is outta these things.

The problem is your productivity remains roughly the same if you're doing [just] land. So if your profit margin is 3%, you're never gonna pay it off. Even the million dollars for 160 acres, you can't pay off. You're gonna be in debt forever. So then they're like, ‘Okay, so how am I gonna shift that profit margin?’ [By] having higher densities of plants or having a longer growing season.

You put a greenhouse over top of it. Now you've extended it from just one growing season,or possibly two depending on how the local weather is, and now you can do three, four, possibly as high as five depending on your crop. So if it's leafy greens, you could get up to 12 crops inside of a greenhouse or tomatoes, you’d do two let's say.Now you've increased your profit margin significantly by doing this. Going into urban centers, now the problem is the price of land that I said was tenfold higher. So you need to somehow get your profit margin even higher still. You need to have either higher rotation or higher density.

That's where the vertical farming becomes beneficial because you get multiple tiers out of it and you can pack the plants in a lot higher. So you've gone from multiple cropping cycles: greenhouse,  to multiple tiers: vertical farming, and if you can do both simultaneously, now you've increased [profit margin].

The problem is you're limited by what crops you can grow in the distance that can be transported, and so it becomes this trade off of the economics between what you can afford versus what you think your profit's gonna be and how quickly you can turn over.

So if you're gonna try to grow, let's say palm trees – not that I recommend palm trees by any stretch – they take a long time to grow, 10 years minimum before they get up to any size. And having 0 profit for 10 years in a high density location makes zero sense. Or you could choose apples if you wanna make it so it's something a little bit more [realistic], but you're not gonna get a crop for the first 3-4 years. So you're trying to scale it up to a higher thing.

If you're gonna be growing leafy greens: if I plant it right now – depending on the crop that I'm growing and how much I wanna push it – 28 days later, I can get product out the door. If you're gonna do tomato,55 days. So you can see the profit on these things as you push them along. So we're looking for that profit balance.

If I'm gonna transport wheat, theoretically, I can transport anywhere within the world really quickly. Ignoring the war, but Ukraine would ship from Ukraine through all of Africa, possibly elsewhere, but that was their primary location. Here in Canada we ship a lot to Asia.

But if I'm gonna be shipping leafy greens, they only have a short shelf life. 14 days, give or take, before you want 'em sold. So shipping them from California, you're losing almost a week just by doing that shipping, you got a seven day window that you can sell them here on the shelf.

So having it locally produced means that I get a window longer to sell. I can take a little bit more of a hit on price or yield, or cost – whichever one I want to take it on – or a mixture of all three. Then I gain, because I know that I could probably sell all of my product; I'm gonna have a very limited amount of losses. As opposed to California, which quite often – I won't say 50% – but they'll creep into that 20-30% just from transporting stuff.

That becomes the balancing game: how do I play with those factors? And figure out where I can stick things. So if I'm sticking in a downtown city, I need a high throughput crop, that has a high profit margin, that I can pack in very high density and then I can afford these things.”

The Cost Involved with Processing Product in a Vertical Farm

(R) Q: “And I think that brings me to a follow up question I wanna have under this bucket, which is the question of processing.

‍(Dr. Lefsrud) A: "So we can grow wheat indoors. NASA showed that we can actually grow wheat indoors. But, to answer your question, the problem is typical combines, which we use for thrashing the grain out of the heads, are not cheap devices. You could probably get a really cheap used one for maybe $15,000, but it's not gonna be able to do a lot.

Most of the new ones are creeping into half a million to a million dollars. And they're running a lot of grain through that to even make that economical. If you're gonna be running, let's say a container base, so 40 feet by 10 feet, and do it as a single tier, you're not gonna get more than a couple bushels per one of those containers. And we sell those for $5. So a growth cycle of wheat in a container. $5 per cycle. Let's say you get lucky and you can figure out how to do it four times. That means you're making maybe a $100 to $200 off the wheat. So it’s not gonna be cost effective. Sorry, let's backtrack on that. That wasn't a hundred dollars of profit. That's a hundred dollars that you're selling it for. You might be able to get a higher premium, but you're not in the hundreds of thousands, you're in the ten thousands at best, even if you could get the top premium for that.

And so the cost of that piece of machinery is just so high that you just can't afford it. So you have to choose crops. So if you choose tomato, literally going in there and picking it by hand, the owner is the person who's doing all the processing of that. They can physically wash it, they can package it, and everything else. If you're doing leafy greens, you can also do it by hand. A little bit more challenging than the tomato is, but it also has a shorter shelf life — I'm sorry, a quicker throughput time. But if you're wanting to scale that, if you see any of the micro green companies, either vertical like Aerofarms or Plenty, which are two of the ones in the States, they have huge industrial cost expenses on that. So they have a washing station that then does mass cooling on it, and they're drying it, and then they're mixing 'em as they want, and then they put them into the packages.

And so they're paying millions of dollars for those processing facilities over and above everything else. Just so that they can do that processing. So we typically will highly recommend not choosing something that's gonna take a lot of processing as a startup, just because you can't afford the cost investment. But if you're Plenty and have just shy of a billion dollars of invested money, sure, go for it."